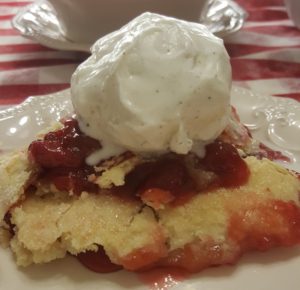 Going into my local Kroger store the other day, I noticed the most pleasant scent hovering around the front doors.  It was so compelling, that once I walked through the door, I just simply turned around and went right back out through the exit door.  I noticed another lady doing the same thing.  “Are you trying to find that cinnamon?”, she said.  “Actually, I am,” I replied.  It was then that we both ran into the “cinnamon brooms”.   We both started laughing, and went back into the store to finish our shopping.

Cinnamon brooms are small decorative brooms drenched in cinnamon that you can purchase and put anywhere in your house.  Not only do they saturate your nostrils, they also direct your shopping cart.  All I could think of was deep dish apple pie dotted with lots of butter and cinnamon all topped off with a flaky pie crust.  I also thought of pumpkin pies with whipped cream, cinnamon streusel muffins, and anything connected with sugar, spice, nutmeg and cinnamon.   This is what happens when September hits.  Somehow the cool crisp fall air brings out the cravings of the season, and our mouths start salivating.

I know this is true, because I saw the same lady picking up canned pumpkin in the same aisle that I had just visited.  All the while we are shopping, the scent of the cinnamon brooms have made their way into the store, and by now, many of the customers are headed to the bakery for anything cinnamon.   Oh, the power of the scent!  My head was just exploding with all the pies and cobblers I used to make for the Old Thresher’s Fair years ago.  So, I had to succumb to one of my favorites, the awesome Pumpkin Cheese Cake, and Cherry Almond Cobbler.  While the cherry cobbler does not have cinnamon, it does have the almond flavor and flaky crust.  These are just two of the many home baked delicacies that I like to make in the fall.  I also love all the hearty soups and stews that the cool weather inspires.  One of my favorites is the Farmer’s Cabbage.  This dish is made with meaty Country-style ribs, and plenty of harvest vegetables.

I have listed some of these recipes on my website, www.rosalieserving.com.

So, the next time you visit the grocery, be sure to look for “cinnamon brooms.” If you dare to bring one home, don’t forget to bring home a fresh baked pumpkin pie as well.  You won’t be able to resist.